Welcome to Helene Cronin's music website. You can find all the details you need about songs, gigs, events and where to download music. Dig in to more about who I am and reviews of my most recent record "Old Ghosts and Lost Causes" right here: BIO & REVIEWS.  See the SHOWS & EVENTS page for my performance calendar. Listen to song samples on the MUSIC page. Check out PHOTOS & VIDEOS. Shop the STORE for CDs, T-shirts, and "Lucky Me" wristbands. Thank you for stopping by!

Nashville duo, The Young Fables, just released a song we wrote together. "Wonder If We Did" available everywhere Aug. 5, 2022! 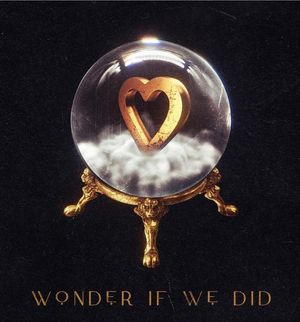 It's an honor to find out that my LANDMARKS crowd-funding campaign has been selected by host site Kickstarter as a "Project We Love". They say, it's "our way of highlighting brilliant examples of creativity" and that they'll feature my campaign across their website. Such great news! 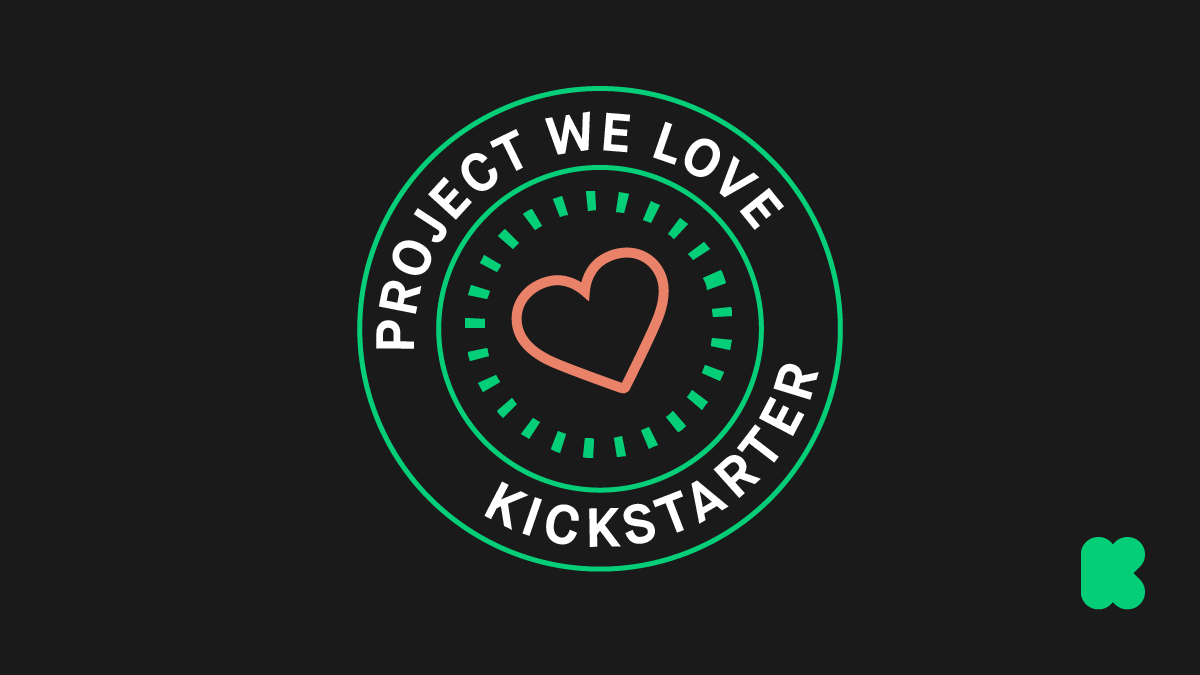 KICKSTARTER launched for new record LANDMARKS! Please check out this Kickstarter link. You can read the story, watch a 2 minute video and consider helping me fund promotion and publicity. I'd love to have you aboard! 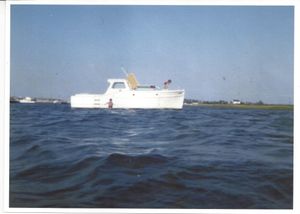 New song release: "You Are September" released June 17, 2022. Ever loved and lost? This one's for you. Here's a link to the many places you can find it. 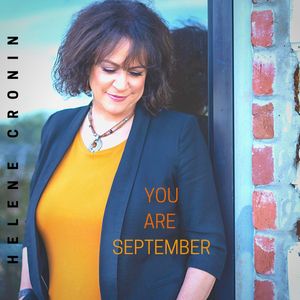 New song release: "Barbed Wire" is my newest single, released April 22, 2022. A song about difficult relationships. Here is a link to YouTube where you can listen. Or click this HEARNOW link to find it on Spotify, Pandora, Apple Music, iTunes, etc. 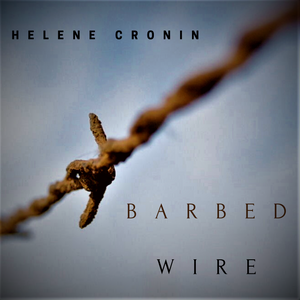 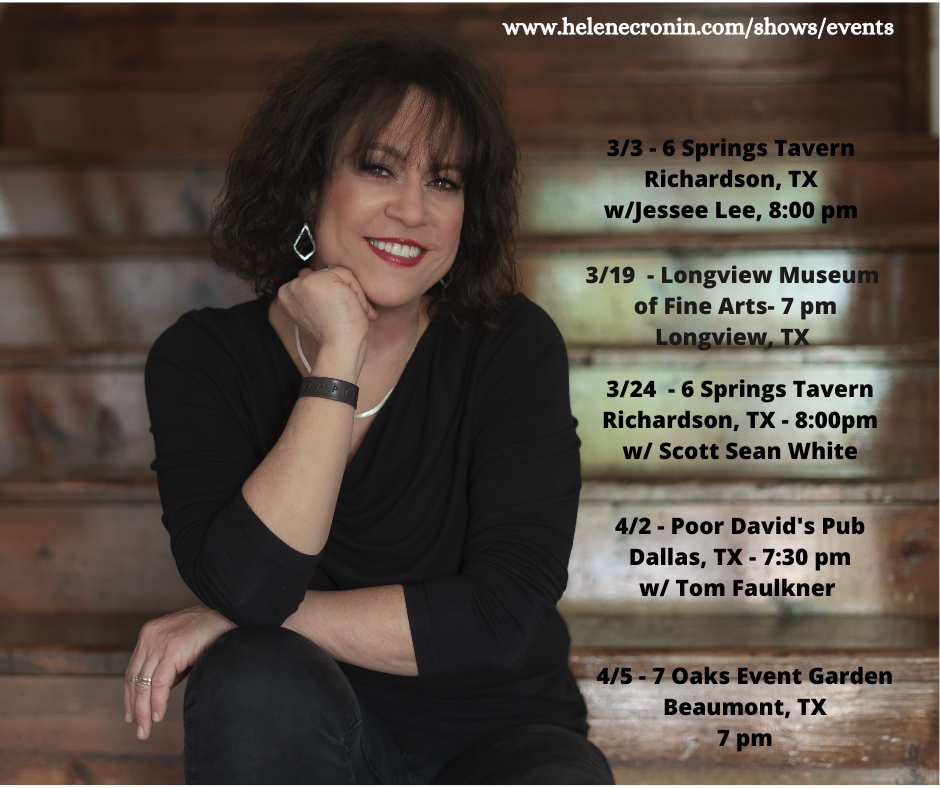 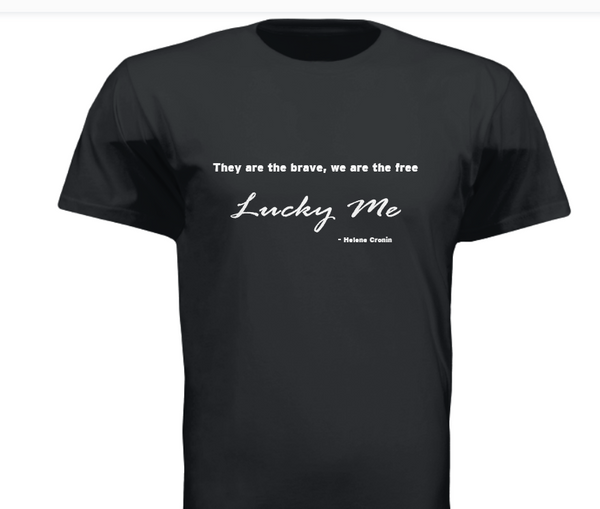 Upcoming shows: Excited to kick off 2022 playing some new places. 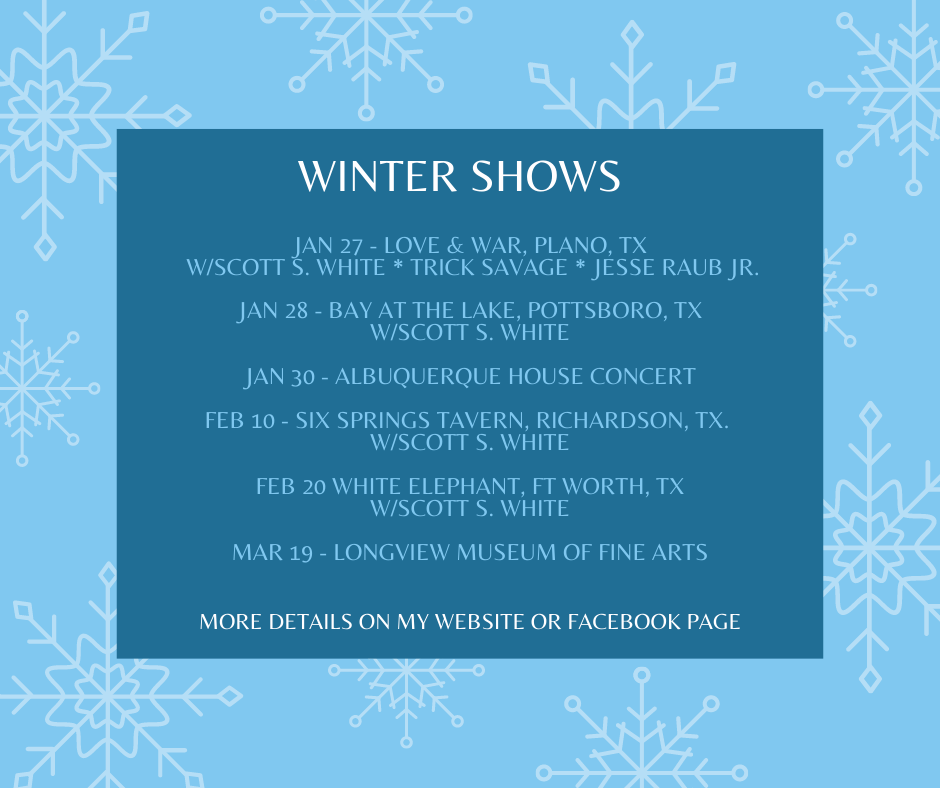 Dripping Springs Songwriter festival in the hill country of Texas. 2 days of songwriter rounds in 7 venues. October 15 - 17, 2021. I'll be performing on multiple stages throughout the weekend.

House concert information: One of the best, most personal ways to enjoy music, these days especially. Message me if interested in hosting one! 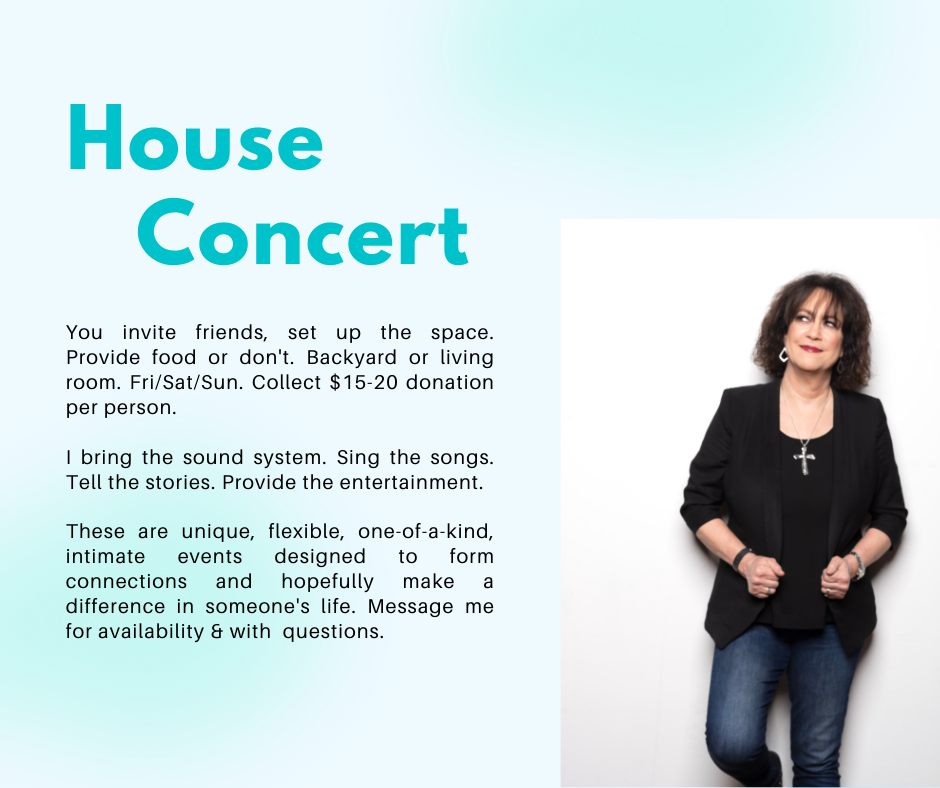 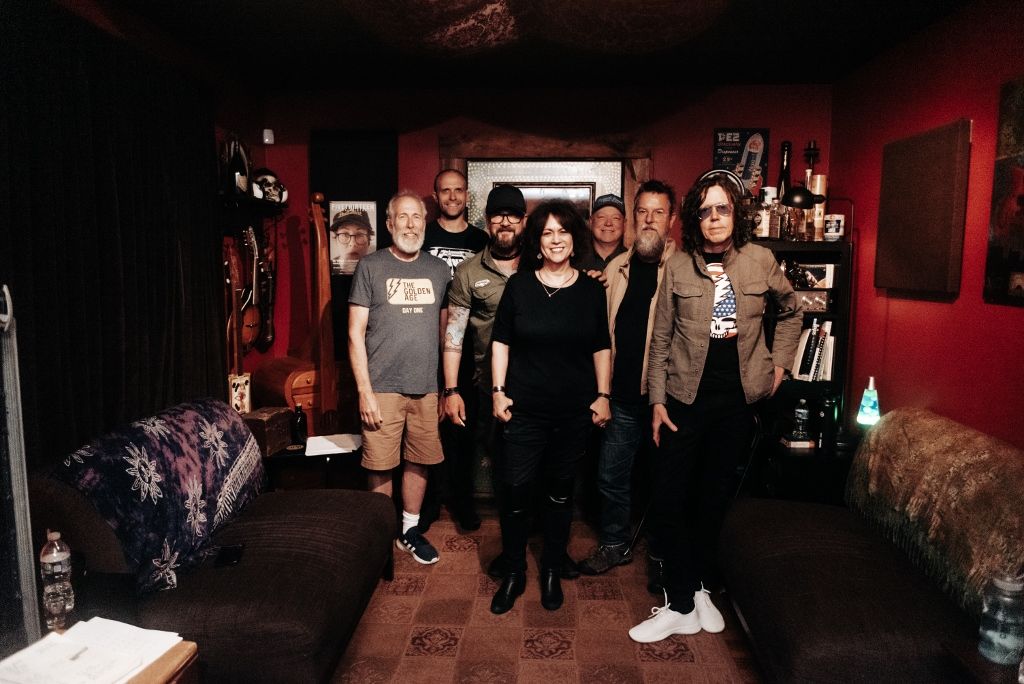 New Album: We spent 2 days in the studio in June, 2021 recording some amazing tracks for my new record. Got through 12 songs, which will make up the new album, tentatively titled: "Landmarks".

MUSIC ROW MAGAZINE REVIEW, Jan. 7, 2021, Robert K. Oermann reviewed a song called "Riding the Gray Line" from my record Old Ghosts and Lost Causes. It was a stellar review and in a huge honor, I was his designated "DisCovery Award" winner for the week. This was my first time to appear in his column.  DISClaimer Review

Along with the rest of the world, my life was impacted by Covid-19. My 2020, busiest-ever gig schedule was wiped out. BUT the good news is, I wrote a LOT of new songs in 2020. I'm in the early stages of recording new music too! Now, that it's 2021 and things are cautiously opening back up, I'm beginning to book house concerts and small venues. Please stay in touch and stay tuned. And see the next paragraph for a song written in early 2020 just before everything shut down.

BRAND NEW SONG! Here's a link to DEAR LIFE which i wrote with my good friend Briana Tyson. She produced and sang this track. 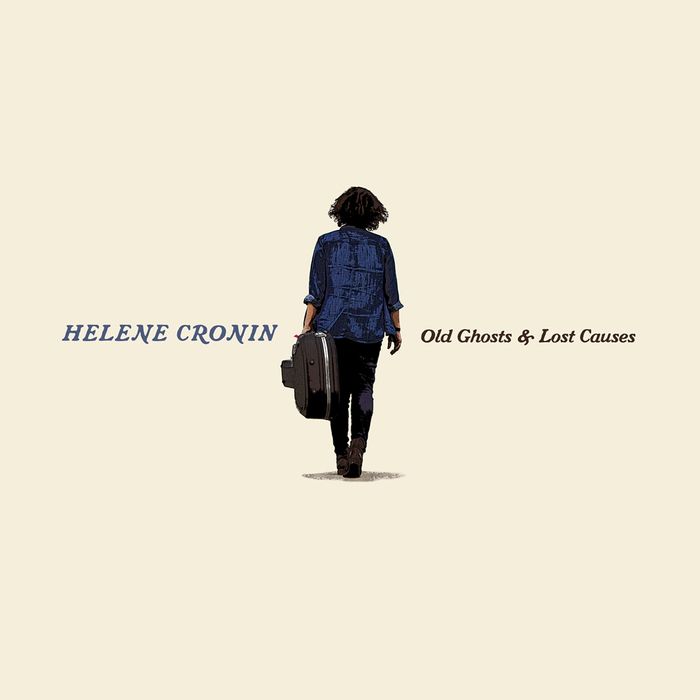 NEW FULL-LENGTH CD: In the works! Here is Mitch Dane of Sputnik Sound, Nashville, engineering and Matt King producing my new record. Spent 2 days in the studio in November, 2018 getting the tracks! Hope to have it ready early 2019. 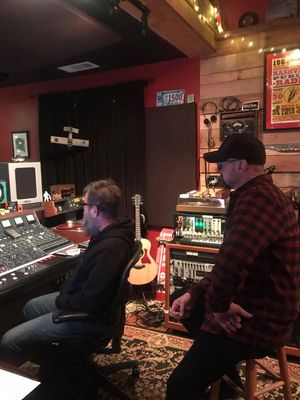 WINNER OF NEW FOLK CONTEST AT KERRVILLE FOLK FESTIVAL, 2018: After performing with the other 32 finalists, I was chosen as one of 6 winners. From L to R, Ben Bedford, Sarah Morris, Rich Krueger, Helene, John Butler, Mac Leaphart. 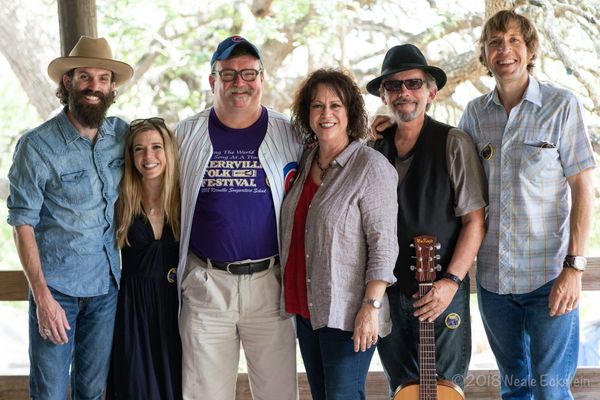 DENVER BRONCOS MILITARY SALUTE:  It's an honor to be asked to sing for an event hosted by the Super Bowl 50 Champion Denver Broncos. I was invited up to sing "Lucky Me" as part of the NFL's "Salute to Service" event in November. They hosted a unit from Ft. Carson to have lunch, watch a practice, shake hands and get autographs. 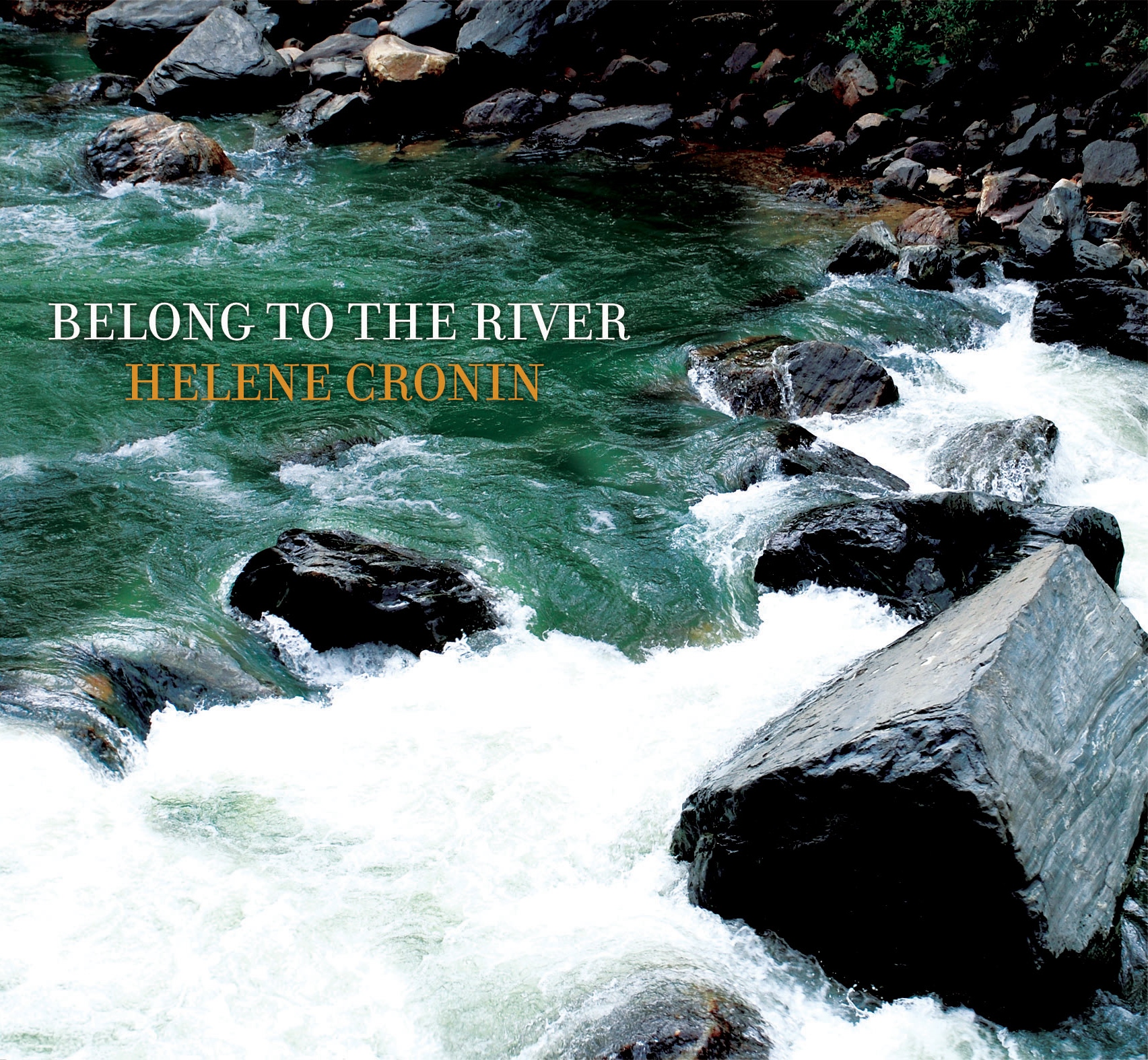